The Krimson & Kream at the Kasino was on May 5, 2018 at Rivers Casino & Resort in Schenectady,  NY.  Over $40,000 in scholarships awarded to high school seniors over the last few years.

The Fraternity and Chapter continues to mourn the loss of our beloved Brother Jeffrey Fryar.  God called Brother Fryar home on December 3, 2016.  His love for this fraternity was unwavered, having dedicated 15 spirited years as a member of the organization.

The Fraternity Giving Back - 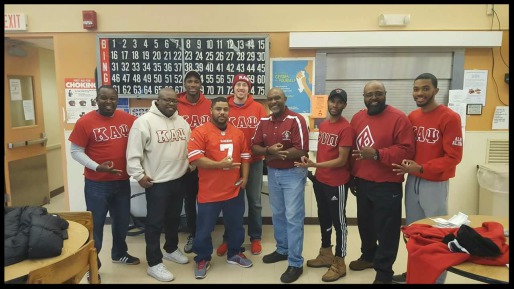 ﻿The Albany (NY) Alumni Chapter continues to perpetuate the traditions, ideals and principles of Kappa Alpha Psi Fraternity, Inc. and its achievements by following in the footsteps of its ten founders.

In 1977 the Chapter began an expansion program which has since initiated more than thirty applicants, many of whom have achieved prominence in the Capital District community. Amongst the initiates, Brother Theodore Jones not only later became the Chapter Polemarch, but also received the James M. Kidd Award. Early in 1980 the Chapter hosted the C. Rodger Wilson Leadership Conference. Another of the Chapter’s most notable achievements was its gathering of the Northeastern Province Council for the 64th annual meeting in 1994 and the 82nd annual meeting in 2012. As part of the Provincial expansion, the Chapter has initiated two undergraduate Chapters, Kappa Rho at the University at Albany, and Nu Pi at Rensselaer Polytechnic Institute in Troy, New York.

In keeping with the traditions, ideals and principles of the Fraternity, Albany (NY) Alumni Chapter has helped the community to achieve its educational goals via the Guide Right Program. The Chapter has committed itself to the community’s health concerns with prostate cancer awareness campaigns. Equally important has been the Chapter’s commitment to provide college scholarships for the under-privileged. 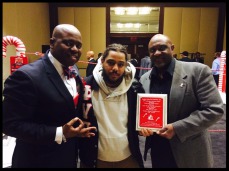 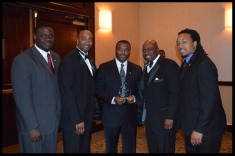 2013 Small Chapter of the Year

Albany (NY) Alumni Chapter was awarded the Alumni Small Chapter of the Year Award at the 2013 Northeastern Province Council in Princeton, NJ in the small Chapter category.